Stan the man and Arthur CC 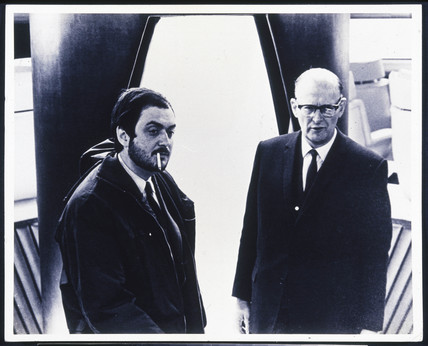 It’s still the ultimate trip, it still looks better than anything since. It doesn’t explain and leaves the viewer to decide what they think, that’s still waaayyyy ahead of its time.

It was brave, ballsy and took nerves of steel to make.  Do not underestimate what it took to make this film, both as a technical challenge, but also as an almost affront to the Hollywood of the era.

This was a film from the future.