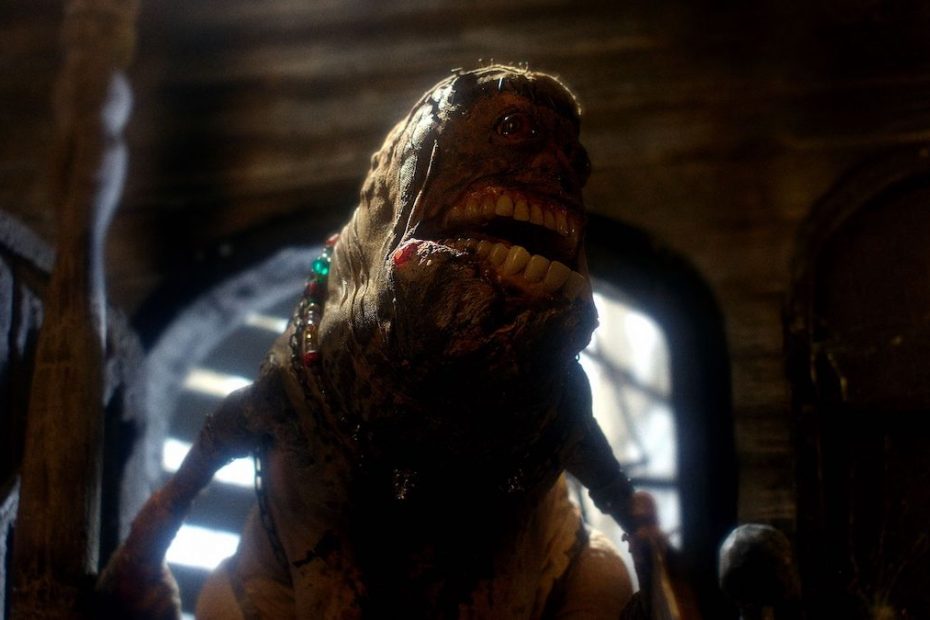 Here at Warehouse Transmedia we’re just starting out with with low-fi practical effects driven horror movies like Markham and ‘At The Mountains Of Madness’. Phil Tippett has been at it for some time and is one of our biggest heroes.

Phil was the AT-AT man on Empire Strikes Back as well as the genius behind Robocop and Starship Troppers special effects.

In his spare time (for the last 30 years) Phil has been working on a stop motion sci-fi horror film called Mad God. Some people never thought he’d finish it, and to be honest, here at Warehouse Transmedia – we’ve seen parts of it, put up on Vimeo over the years – it was gobsmacking – but looked like it may never actually END.

Now, Phil, tired of Hollywood talking about ‘content’ rather than movies has turned his attention to finishing the film. The trailer is below – and it looks gonzo amazeballs to us lot.

Phil was asked recently for his thoughts on what the audience reaction will be when the film premiers in front of people for the first time.

‘A total walk-out would be some sort of achievement’

A Mad God after our own heart. Tippet of the hat to you Phil, you’re the man.

Warehouse Transmedia is the studio behind the feature film Markham, which was released in 2020 and shot in Leeds and Staithes, and At The Mountains Of Madness’ released in 2021.