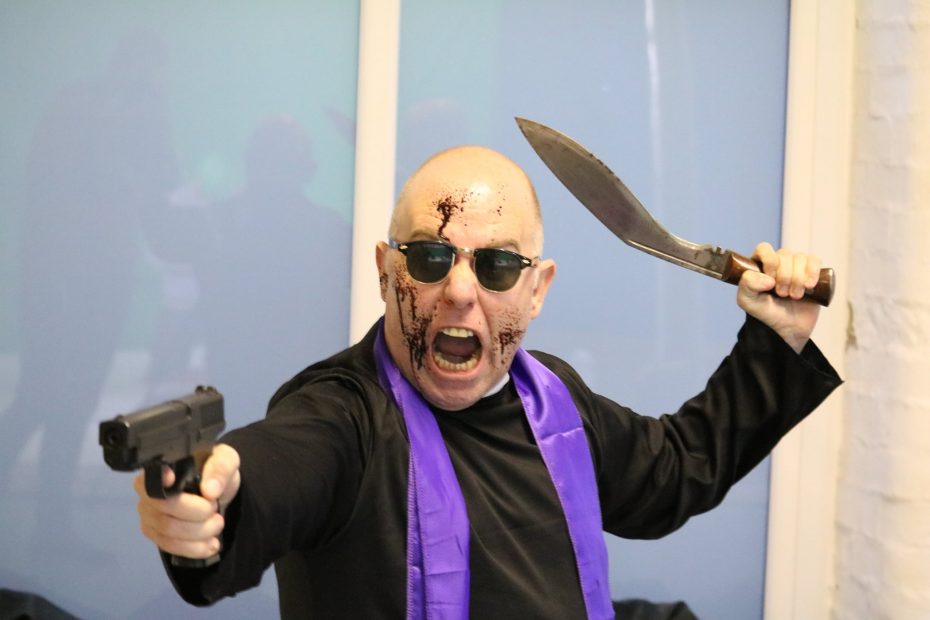 When The Earth Gives Up The Dead (2022) the latest feature film from Matthew Cooper Director is currently shooting.

The film will be the third in a low budget horror trilogy based on the work of H.P. Lovecraft.

The trilogy includes the critically acclaimed Markham (2020) which is based partly on Lovecraft’s ‘The Shadow Over Innsmouth’ and At the Mountains of Madness (2021) which is pretty straight version of Lovecraft’s most famous tale.

As you can see from the stills the Warehouse Transmedia team are having a BLOODY good time making this one.